A manager’s step by step guide to having the ‘conversation’

At some point, every Manager will have to have a conversation which requires addressing an aspect of an employee’s personality which is the cause of huge frustration and irritation amongst a team. For example, the curt tone with which an employee responds to queries, or he who has an unconscious condescending tone. She who has a a perceived ambivalence to team ideas or he who insist on being heard but having little time to listen. You know, the kind of behaviour or communication which acts as a breeding ground for festered emotions until one day, the behaviour is met with a seemingly disproportionate reaction by another team member culminating in a formal grievance. A headache you really don’t need.

A successful team is where its’ members are co-dependant on each other’s skill set but also where they each have the right level of emotional intelligence to recognise how their behaviour is received and perceived by others; they  interact in a way which is conducive and not obstructive to reaching team objectives.

Unfortunately, not everyone has the self-awareness to recognise when their actions or communication style is being received in a way which may be offensive, or at minimum, outside the boundaries of acceptable social interaction. Where such behaviour is left unaddressed, it eventually results in a breakdown of trust and acceptance amongst the group and subtle behaviours develop which impacts effectiveness and ultimately results in mediocre team performance.

So, how do you address such issues? How do you have `the conversation’?

Firstly, it is important to remember that people always remember how they are made to feel rather than what is said to them. How you plan the conversation is very important. Making judgments will get your employee on the defensive. Remember, you are not there to attack their character but to get them to adjust the way they do X in a manner that will be more effectively received by others. To do this, they need to own the decision to change and your job is to make them see that the change is necessary and will be for the betterment of them and others.

The key therefore is preparation and the following are some of the things you are urged to think about before having the talk:

1. Anticipate the possible reactions you might get. For example, defensiveness, yelling, or counter complaints about others. This anticipated behaviour might also determine where you decide to hold the conversation. For example, if you feel they would be more relaxed in an informal setting, you might consider a café or taking a walk.

2. Secondly, it is not easy broaching someone about an area of lack in their interpersonal skills and it may help to frame what you’re trying to convey in terms of ‘employee’s growth’. Be honest and say it’s a `development conversation’ not just a catch up. Keeping trust is important if you want them to hear you and being transparent about your intentions is a good start.

3. Consider what you already know about the team member. That is, if you understand `their map of the world you can deliver what you have to say in a more `user friendly’ format. If the discussion is framed according to how they understand and interpret the world around them, then it will be easier to communicate your concerns quickly and in a manner which they comprehend more easily. An excellent NLP tool which you may use is pay attention to the language they use and utilise words dominating their primary senses to get the message across. For example, are their words descriptive using visual metaphors (`I saw red’, `I envisioned it would be like..’,) or more kinaesthetic (`I felt he…’, `it didn’t feel right’, ‘I warmed to him..’ or she was cold ’.….).

4. When detailing the problem, stick to the facts and lay out a description of the situation that is inarguable. For instance, if you believe your employee alienates fellow colleagues by constantly interrupting them, you might say something like, `In the meeting last Tuesday, you spoke over the end of three people’s sentences.’ Then, move on to the impact of the employee’s actions. Finally, conclude why you think the behaviour is problematic. `As a result of you speaking over three people, I couldn’t hear what they were going to say. It is important to me because I’m trying to create an atmosphere of inclusion, where everyone feels heard. This improves the work we do as a team.’ Be careful not to insinuate that their behaviour is malicious, or even intentional. It all comes back to trust and the employee must be made to feel that this is an objective assessment by you and that your intentions are positive.

5. Once you’ve laid the problem on the table, ask for your employee’s perspective. For example, `How do you think that Tuesday meeting went? What were you trying to achieve in that moment? If you could redo it, what would you do differently?’ The goal is to get your employee to think about their style and approach. It is often the case that the person is not even aware that they behave in such a way. Asking for their perspective gives the employee the time and space to think out loud in a safe environment. If they take ownership of the problem, you may even discuss the possible root causes of the behaviour and what may be driving them to behave in the way they do.

6. Where you are met with a defensive response, you should remember that it is a normal human response and not lose sight of the fact that you’re trying to help this person succeed and thrive professionally.  Stay calm and cantered. It would be good to acknowledge the employee’s point of view to evidence that you have heard them while ensuring that you maintain your message and that it comes across. Stand your ground, and don’t let your employee reframe your message. If, for example, your relentless interrupter gets aggressive or recalcitrant, you could say something like,’ I would like you to allow your colleagues to have a chance to finish their sentences before you speak. I want to hear from you, but I also want to hear from others too.’ This way the feedback is about `approach and delivery’.

7. It might be a good idea to conclude by offering continuing support. You could for example suggest preparing with them before the next team meeting, or to debrief with them afterward. It is recommended that you get the employee involved in how to solve the problem by brainstorming ideas and suggestions together, so that they own the change required. You’re more likely to see a shift if other person feels like he’s had an opportunity to come up with a solution. 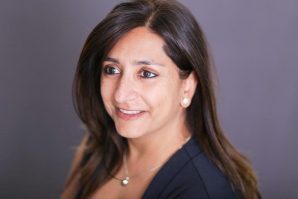